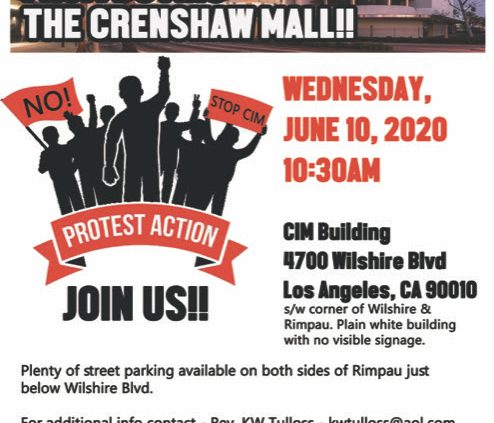 Join us, the Baptist Ministers Conference of LA, and the SCLC as we protest CIM  to discourage the sale of the historical Baldwin Hills Crenshaw Mall. CIM has plans to make major changes that don’t include the welfare of Blacks in the community in the Baldwin Hill/Crenshaw District area. We know that when developers come in that means Blacks are being forced out. The promises are generally efforts to sweet talk neighbors and residents into believing it’s going to be an enhancement but it only is a pathway of lining their pockets with loads of money. Join us as demonstrate for the welfare of our community.

Justice In The Hanging Deaths
Scroll to top