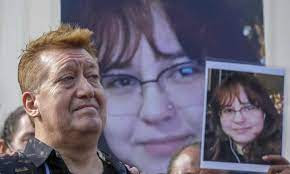 Reverend Al Sharpton will deliver the eulogy on Monday for Valentina Orellana-Peralta, the 14-year-old who was shot by police who opened fire on a suspect inside a Burlington Coat Factory in North Hollywood two days before Christmas.

Amid a flurry of condolences, including one from President Biden, Reverend Sharpton will join Bishop Noel Jones and attorneys Ben Crump and Rahul Ravipudi for a “call to justice” in the child’s shooting. Valentina—an immigrant from Santiago, Chile—was killed on December 23 in a dressing room while shopping for a Christmas dress with her mother. Police responded to the store following reports of an assault inside. Once they arrived, they fatally shot 24-year-old Daniel Elena Lopez.

The community has understandably expressed over the shooting and the lost of a young child.

President Biden offered his condolences on the death of Valentina Orellana-Peralta.